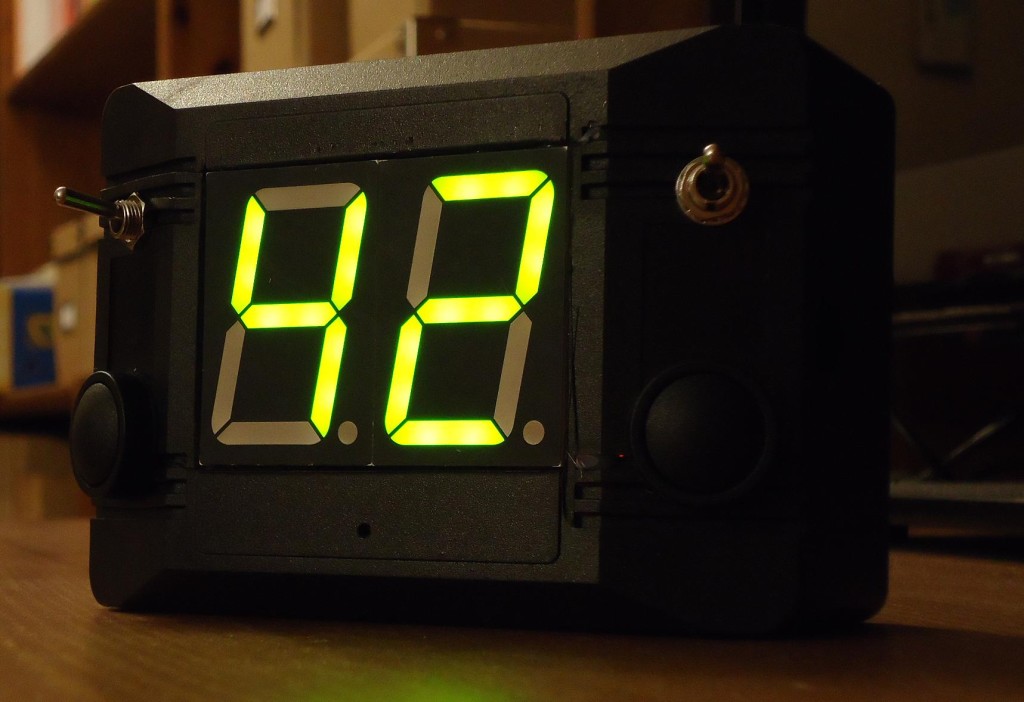 Here it is. This project starts four weeks ago, when my daughter shows running the Digital Paddle Clock that I receive from Dangerous Prototypes. She has four years old and she loves count. She can count up to 30 (more or less), but she doesn’t recognize high numbers when she sees written. So, I decide to make a counter with two 7-segment displays and increment a decrement pushbuttons, so she can count pressing buttons and see the numbers in the displays.

I make this project using an old PIC16F84A, for two questions. First of all, I use this microcontroller because I’ve a couple of it at home. And the other is because I want to start working (again) with PIC microcontrollers. I used in the past, but when I started working on my actual company, as they were not used, leave them forgotten.

Here’s a block diagram of the system: 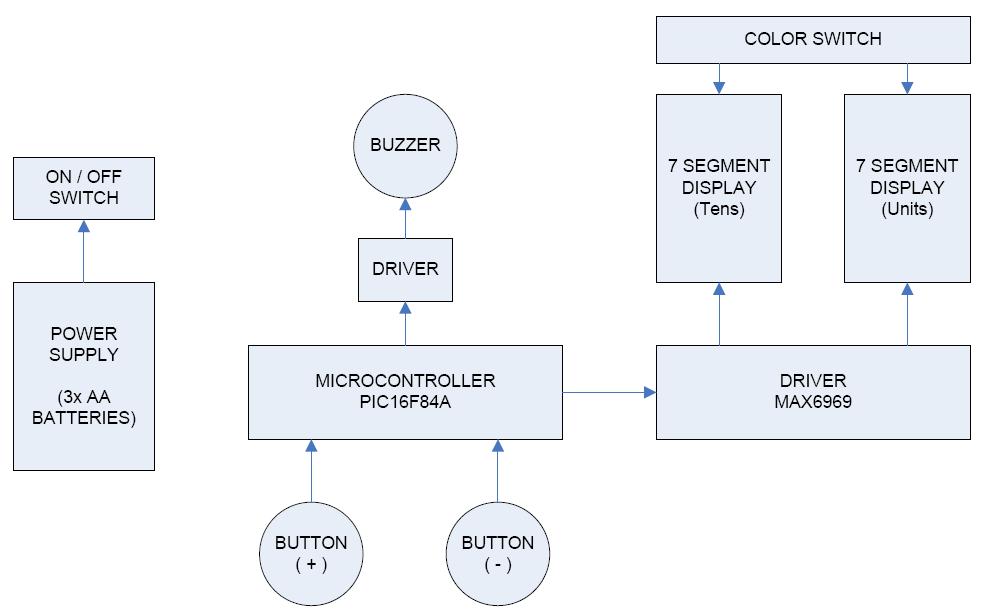 The system is so simple. It’s based on the PIC16F84A microcontroller and the MAX6969 led driver. The communication between these two devices is a standard shift-register-plus-latch-type serial interface. The microcontroller reads the pushbuttons and increment or decrement an internal variable. Then, the value of this variable is shown in the 7 segment displays through the MAX6969 driver. When you push both bottons at the same time, the count resets, and starts at ‘0’. In this case, there’s a beep (through the buzzer) that indicates the count is start again. The 7 segment displays are two TOS-15102BEG displays (sorry, I don’t find the datasheet). These displays are common-anode, and are bicolour (red and green). So I decide to put a switch to change the colour manually. Finally, the power supply is three AA batteries that give a working tension of 4.5V. I also put a switch to turn on or off the system.

As I describe above, the hardware is simple. Here is the scheme of the board:

As I describe above, the hardware is simple. Here is the scheme of the board:

Here you can see the finish board: 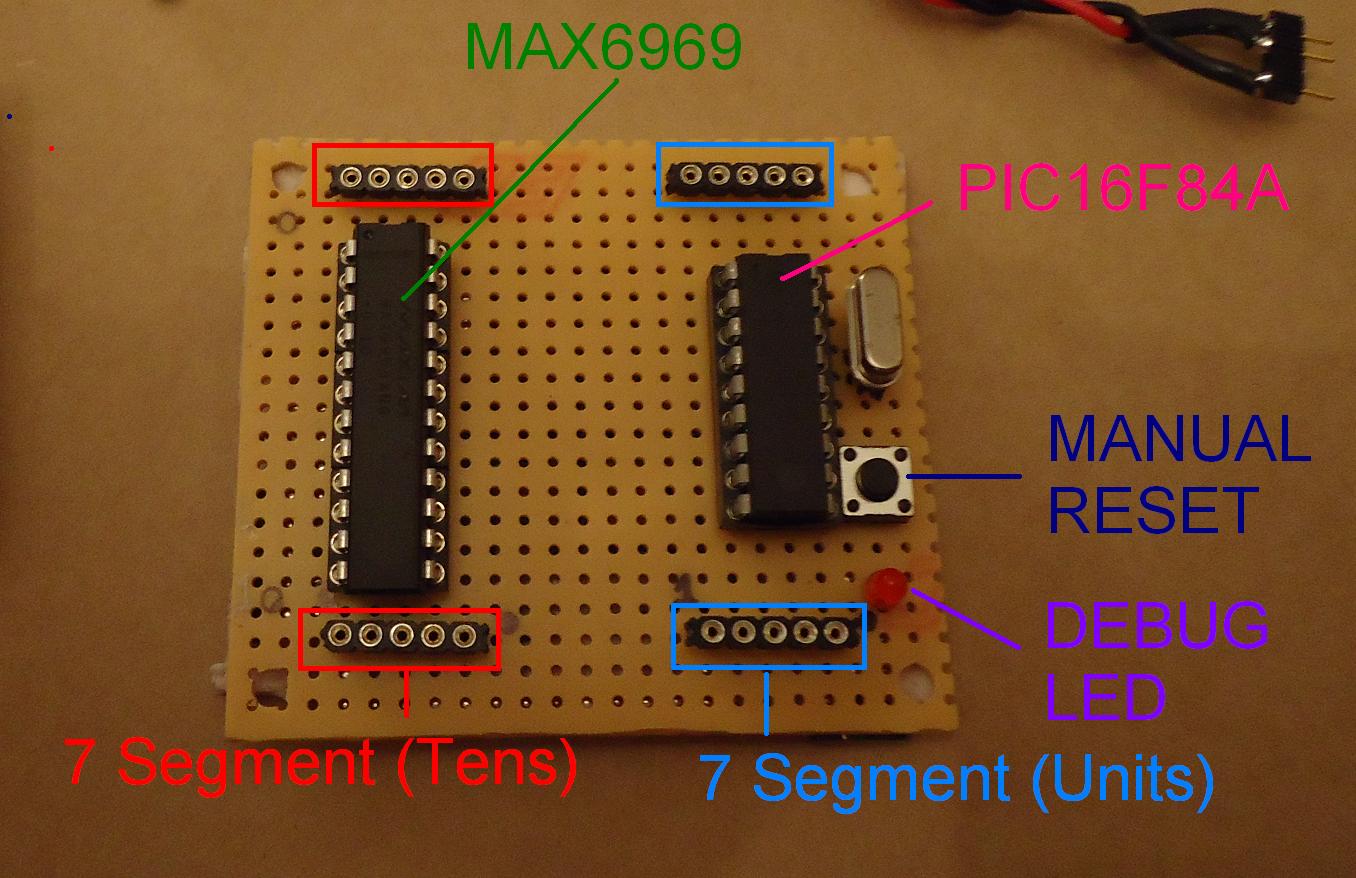 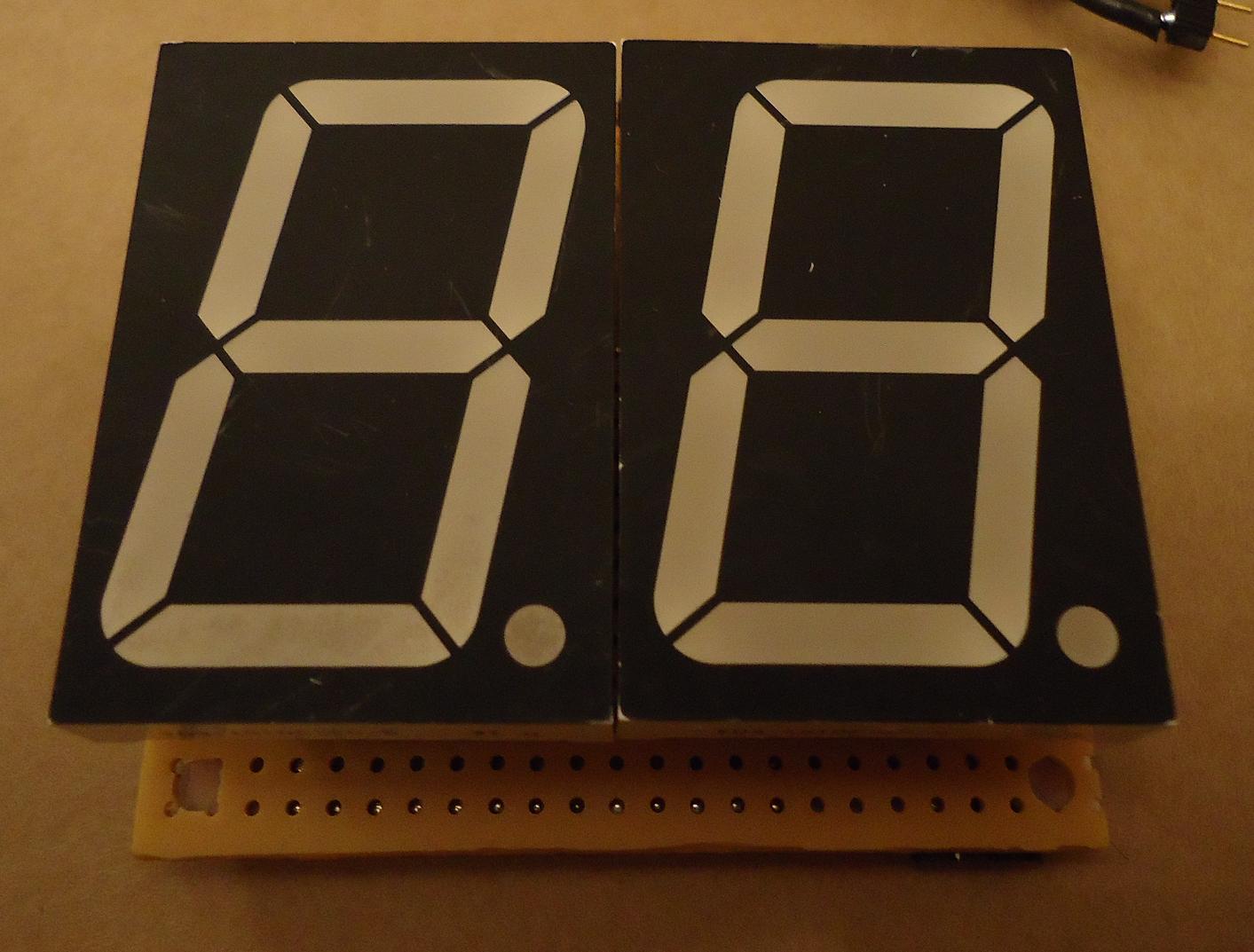 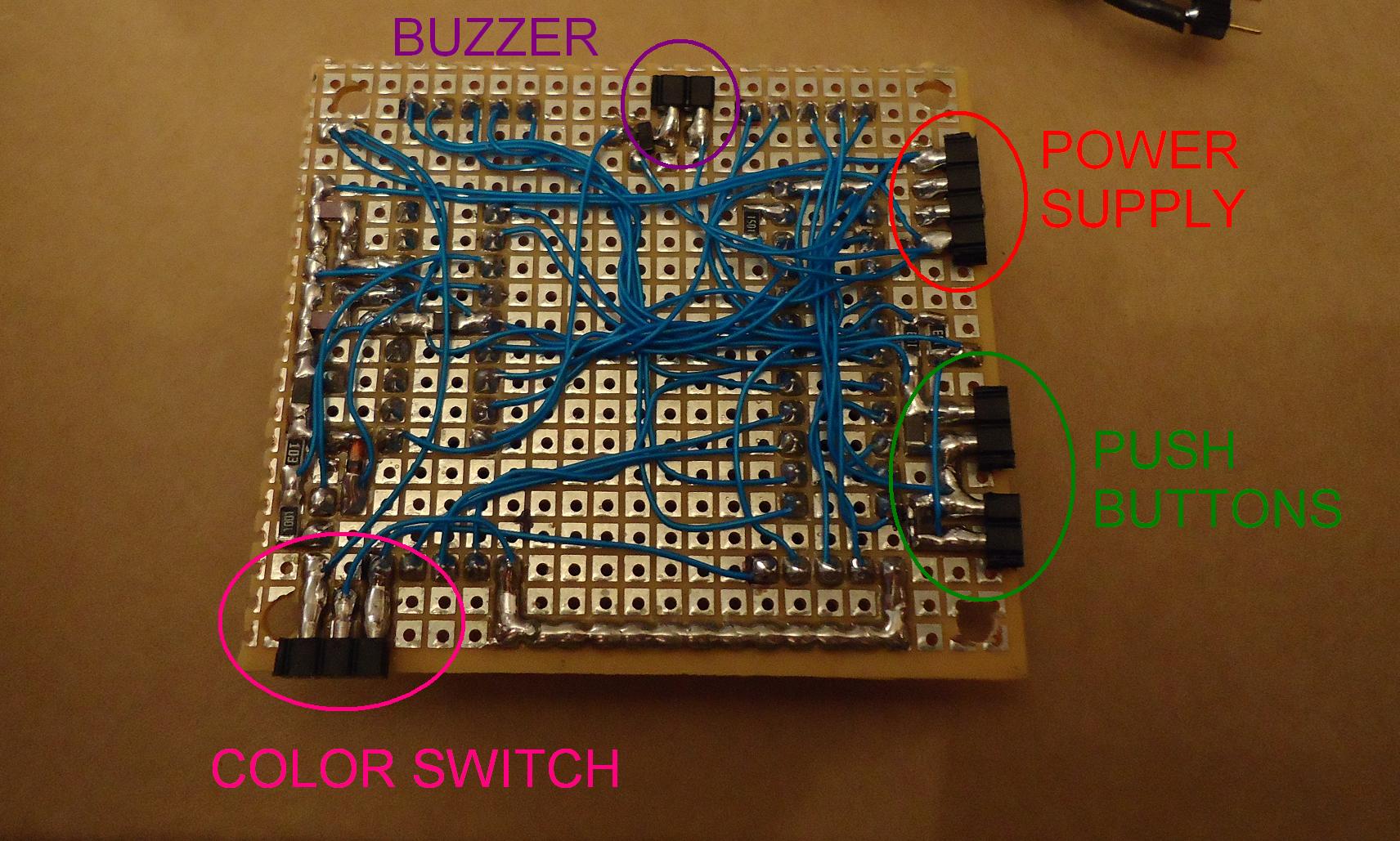 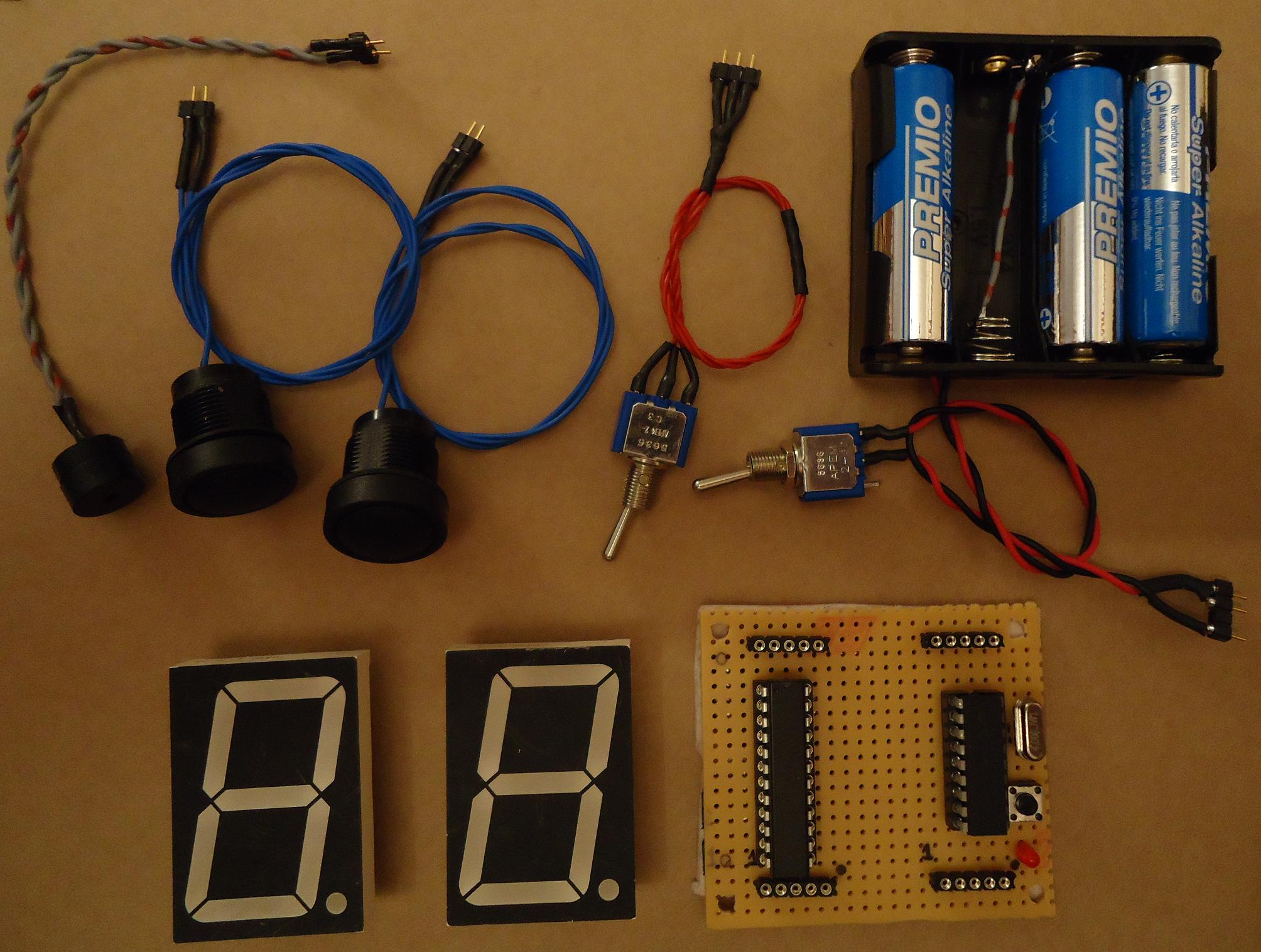 All the components, ready to assemble! 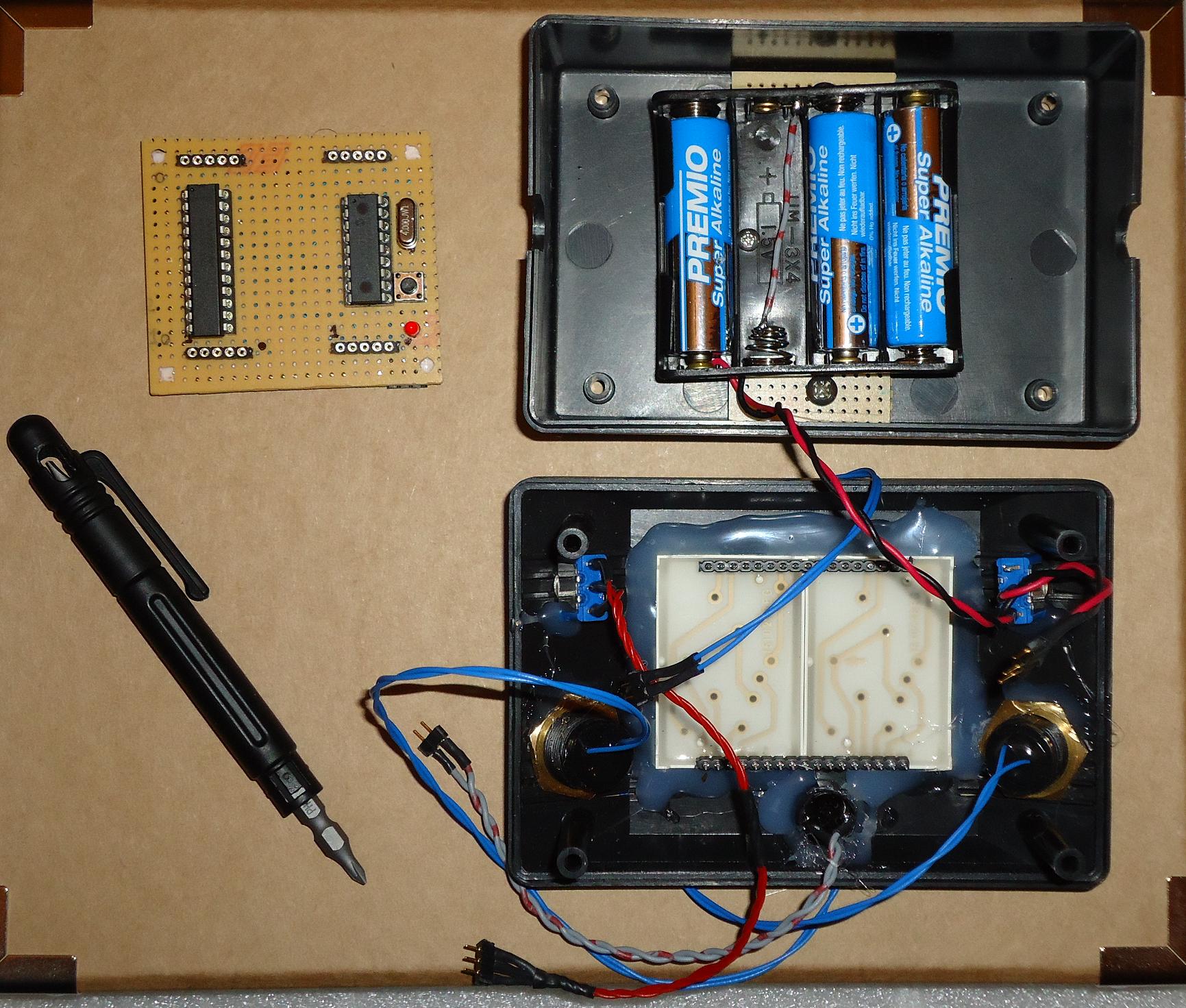 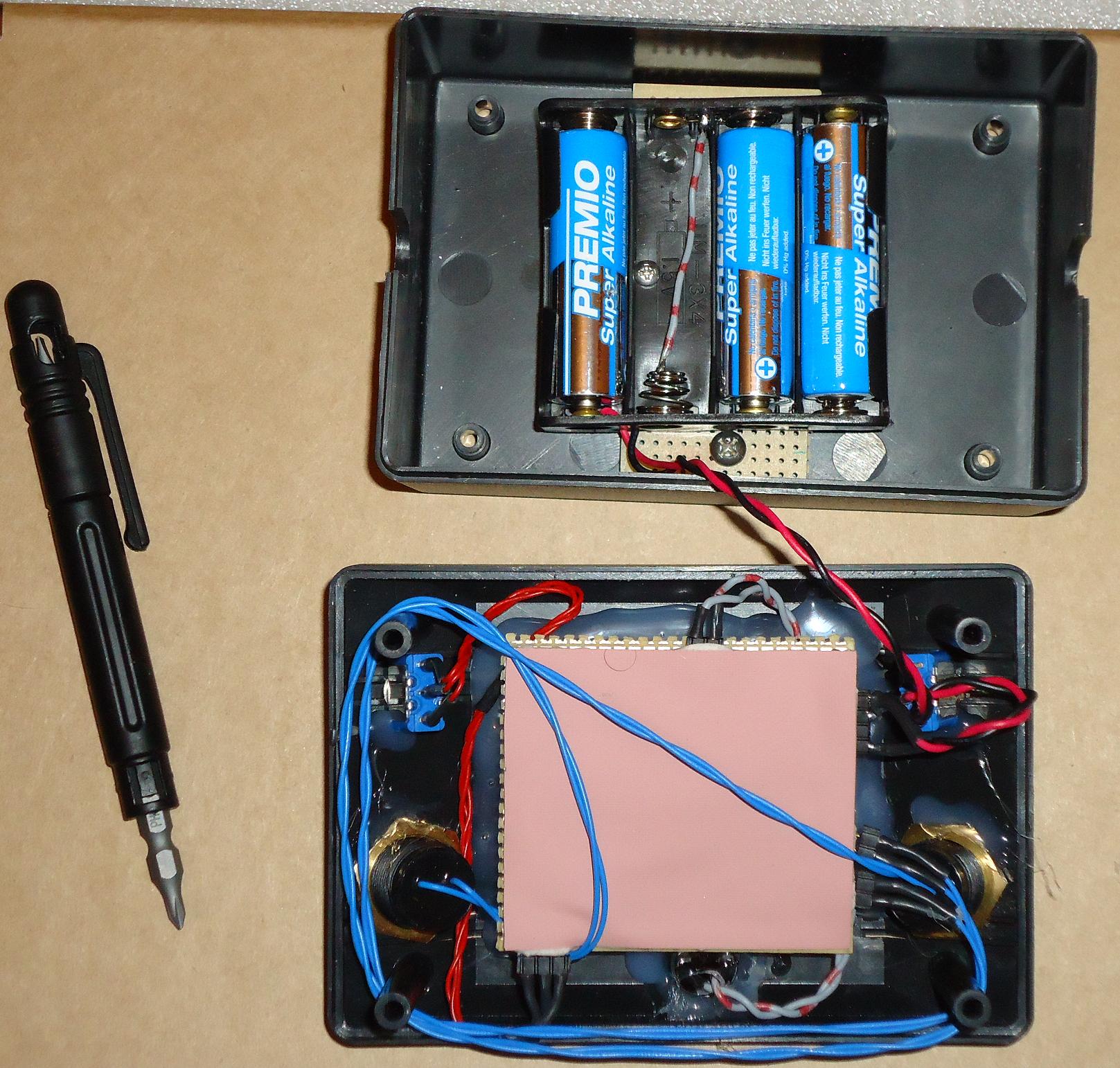 Assemby control board. Ready to close!!

I want to write the code in C, so I start search a C compiler for PIC. I find the official MPLAB and the MikroC Pro C Compiler for PIC. At the end, I use this last one, because is free for code less than 2KB. The IDE looks like simpler and clear that MPLAB, and libraries helps you a lot in the design. But it’s not perfect: you can simulate the code, but you can’t simulate interrupts automatically. I think this is a great disadvantage, and with this I lost a lot of time until I discover it.

Here you can download the full project in Mikro C. About this code, some tips to know:

Finally, you can see here a video of how it works, in the hands on my daugther 😉

One thought on “7-Segment Counter for Kids”