To replace the RE2 microcontroller, I choose one very similar, the AT89C51ED2 microcontroller. Mainly because it shares most of features with the old one and footprint and pinout is almost the same, so replacement is relatively easy to do.

Come in and you can see the new board features, changes and more!!

This board is an updated of the previous one, due obsolescence of the microcontroller I use in the past. The main differences between AT89C51RE2 and AT89C51ED2 version are the following ones:

The main difference is on memory size (RE2 has much more of both Flash and RAM) and the second hardware UART. The rest of the features are the same (power supply, IO ports, clock speed…..). So, the replacement is easy and mainly not traumatic.

The scheme of the board is here: EEL_DSETA_V1.2A. You can compare with the old one to see the differences:

These are the differences on the schemati side. On the PCB design, there’s also some modifications:

I come back with Seeedstudio PCB manufacturer to order the boards, using their Fusion PCB Service. As always, easy process to ordering, many colours and thickness to choose, good manufacturing and shipping time. And of course, e-test for the boards. Like with the old board, I’m very happy with the result of the boards:

Assembly was again doing by hand. With black solder mask, the pads to solder is really easy to view, but is impossible view the tracks: 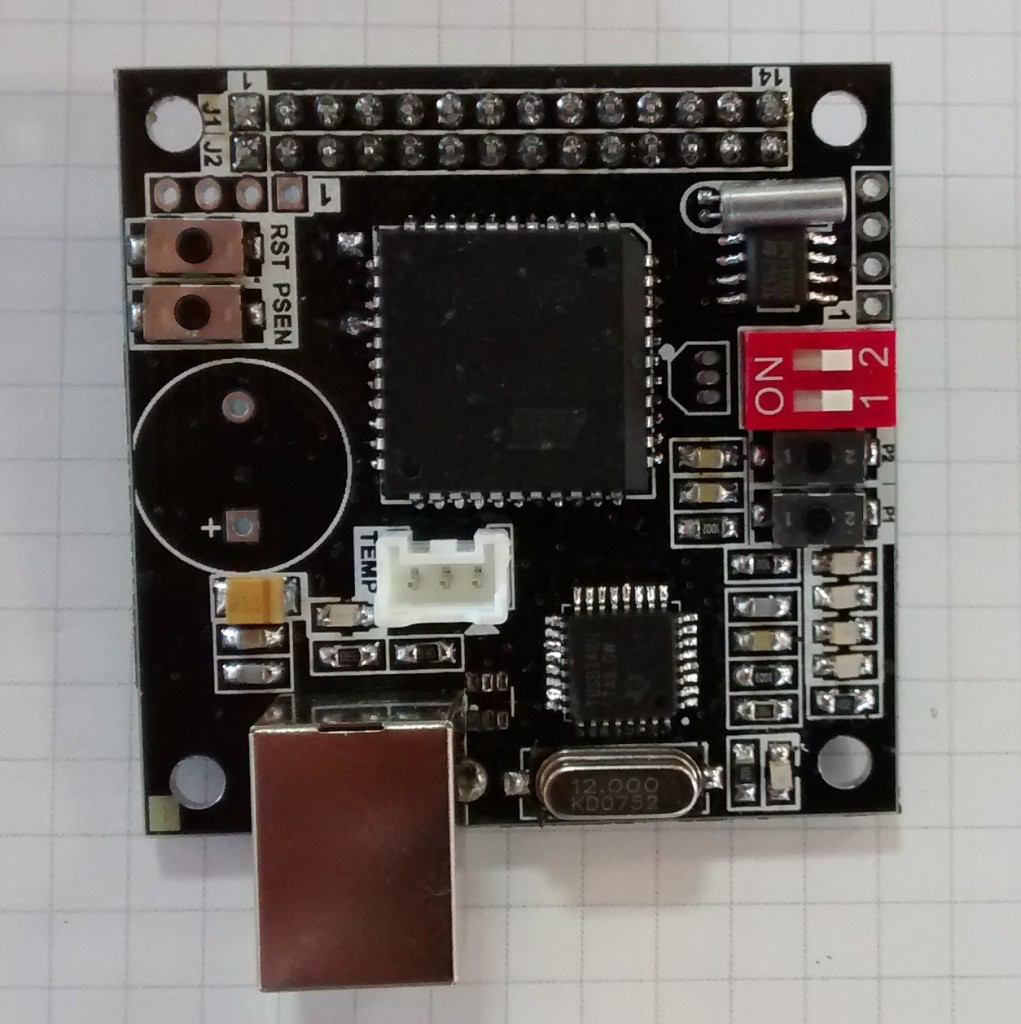 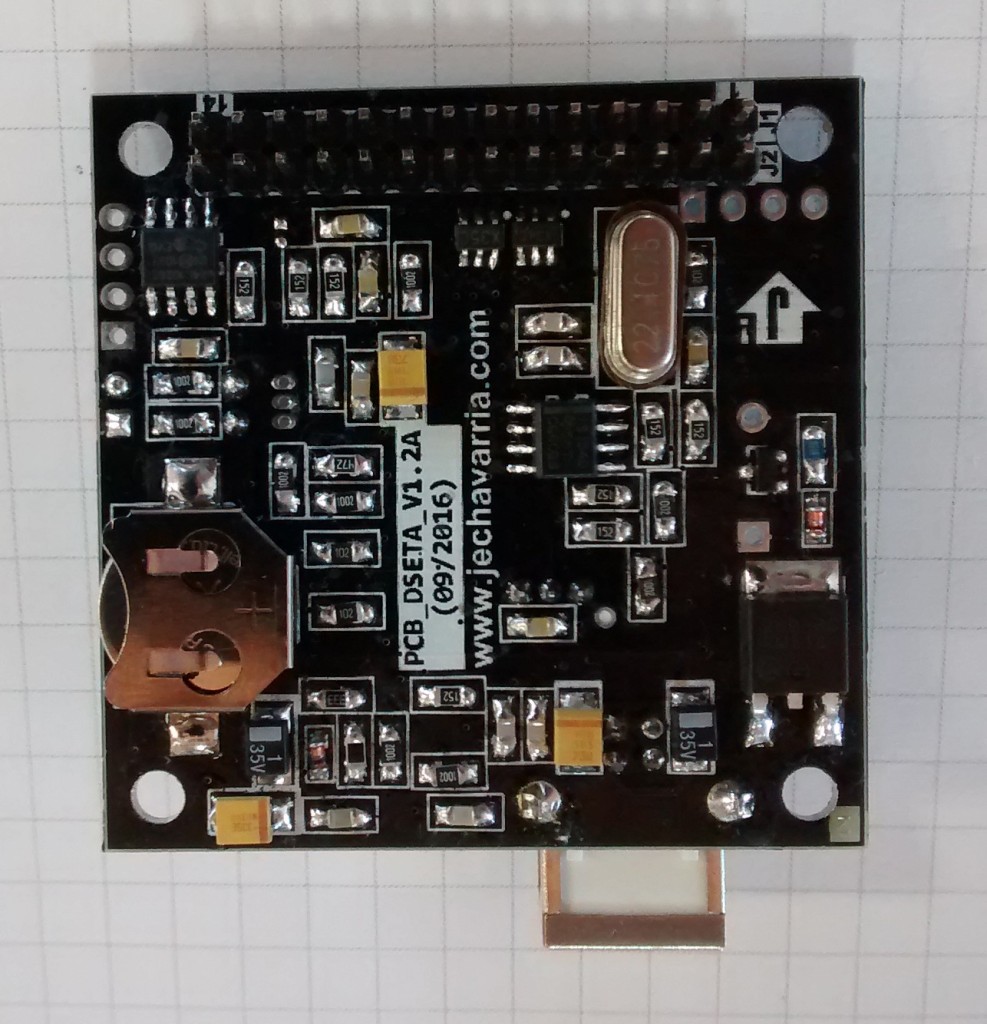 If you see both boards, are very similar and software runs exactly on both (taking care with the memory limitations): 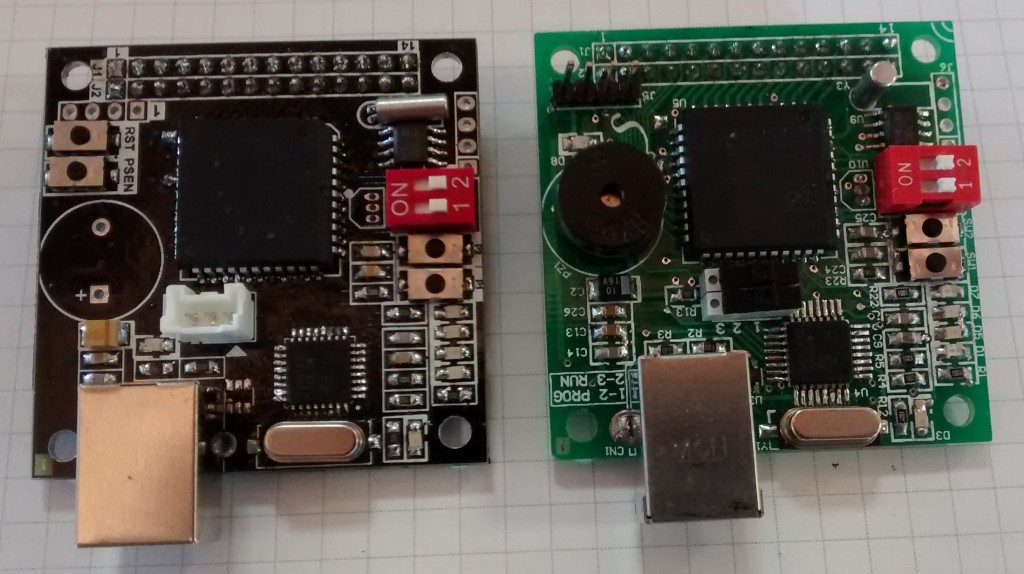 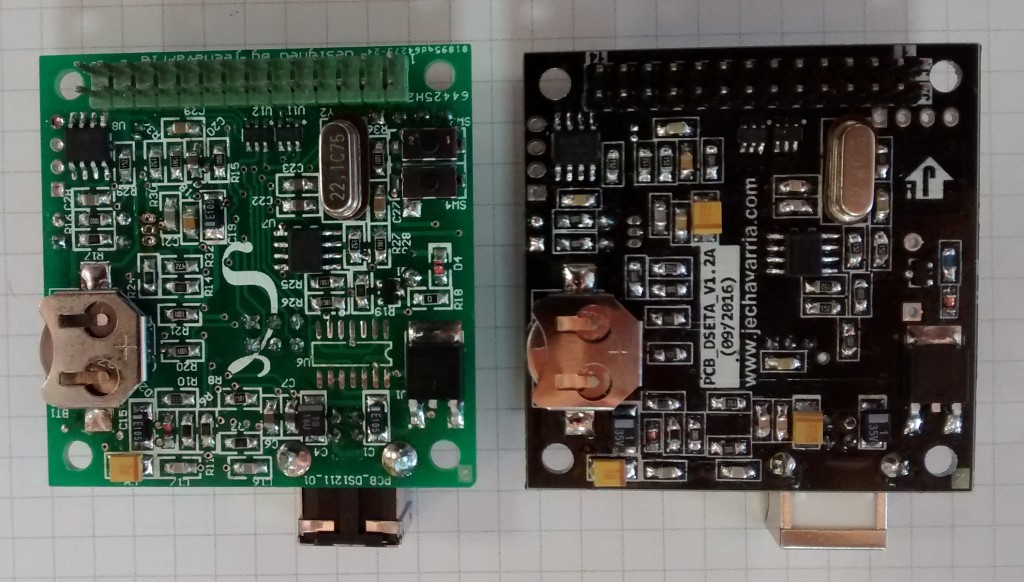 It’s nice bring to life  this board again!

One thought on “Revisiting the DSETA board with an AT89C51ED2”